Only if these 2 technologies become a reality!

There is no doubt about it – Metaverse is the next Internet and is here to stay for a couple of generations, if not more. It is also a natural evolution from today’s 2D Internet to be able to experience the Digital Universe in 3D! With today’s technology advancements and research, if we can plug 2 technologies into the Metaverse, it would be a limitless opportunity.

What are these 2 technologies, you ask? Sensory technologies involving Olfactory and Gustatory systems. In simpler terms, Smell and Taste, respectively. With the pandemic having affected many people with the loss of sense and taste and they having reported a loss of interest in life owing to the sensory loss, it makes sense to build these technologies for the Metaverse.

You may be familiar with the reductionist philosophy. It’s the practice of analyzing and describing a complex phenomenon in terms of its simple or fundamental constituents, especially when this is said to provide a sufficient explanation.

Quoting few examples from Britannica1, the ideas that physical bodies are collections of atoms or that a given mental state (e.g., one person’s belief that snow is white) is identical to a particular physical state (the firing of certain neurons in that person’s brain) are examples of reductionism.

With advances in neuroscientific research in the last century, there is an existence of what is known as Cortical Homunculus. A cortical homunculus is a distorted representation of the human body, based on a neurological “map” of the areas and proportions of the human brain dedicated to processing motor functions, or sensory functions, for different parts of the body. A 2D representation of the sensory homunculus is shown below.

All signals are received by the primary sensory cortex in the brain. The amount of cortex devoted to any given body region is not proportional to that body region’s surface area or volume, but rather to how richly innervated that region is.

Areas of the body with more complex and/or more numerous sensory or motor connections are represented as larger in the homunculus, while those with less complex and/or less numerous connections are represented as smaller.2 You’d notice that the significant amount of brain-processing is accorded to sensory functions, including those of taste and smell.

If we are to look at the proposition of Metaverse being an alternate universe and where you are expected to spend considerable amount of time, it has to be capable of attracting your attention not only visually or aurally (as is the case with the 2D internet of today) but as a multi-sensory experience involving haptics (touch), olfactory (smell) and gustatory (taste) technologies as well.

Hence, it is critical to understand and invest in these sensory technologies and ensure that the promise of Metaverse is realized in entirety.

A Sneak Peek into Multi-sensory Prototypes and Ongoing Research

A lot of research and development has gone into haptic (touch) technologies with many commercially available solutions as well. Since the solutions are fairly established, we will focus on research into olfactory and gustatory technology.

As far as olfactory technologies are concerned, considerable research is being performed on classification and extraction of scents so as to define the exact sense stimulus in the brain which then can be simulated using ergonomic hardware.

According to Judith Amores, a research fellow at Massachusetts General Hospital and Harvard Medical School, whose work is focused on scent and virtual reality – “People don’t really appreciate the sense of smell,” she said. “It’s actually so important, it’s so unexplored, and it’s so powerful.”3 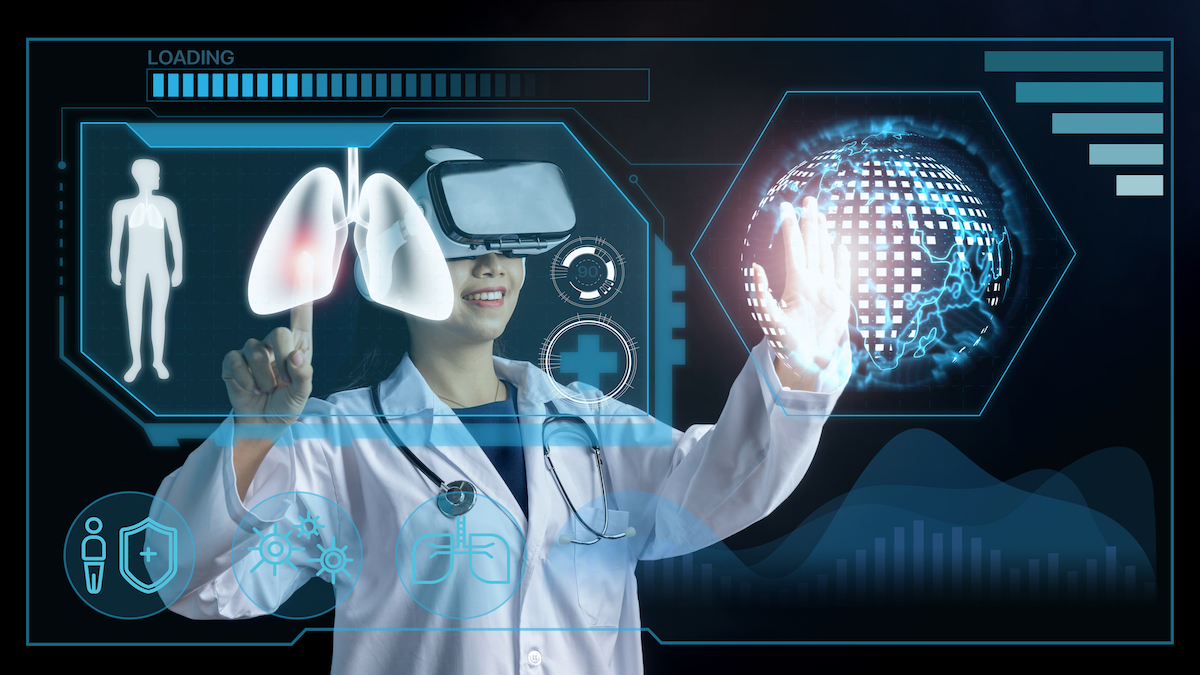 OVR Technologies, a Burlington, Vermont-based startup, is one of the few companies developing this technology for Virtual Reality. While reproducing real-world odors with chemicals is challenging, it opens up new possibilities in nostalgic experiences as odor is associated with memories. With earlier 5D systems, scent technology had certain issues, namely the mixing up and lingering of scents long after the experience. This is being fixed with AI-driven algorithms that trigger various odors and control their intensity, duration among other parameters.

Lastly, there is research on olfactory-powered deaddiction programs in Virtual Reality, which could prove to be a panacea in the Metaverse. Closer home, research into olfactory is ongoing at various institutes including IIT, Jodhpur.

Research into gustatory prototypes is in its early days. The idea is to simulate taste in the physical world first and then look to replicate it in the virtual world. The “lickable screen,” called the “Norimaki Synthesizer,” uses five different gels, each corresponding to the five tastes the human tongue can distinguish between — salty, acidic, bitter, sweet, and umami.

By weakening and strengthening these five different tastes through the use of electrical currents, the device can reproduce any “arbitrary taste,” according to the research.4 “Like an optical display that uses lights of three basic colors to produce arbitrary colors, this display can synthesize and distribute arbitrary tastes together with the data acquired by taste sensors,” said Homei Miyashita, researcher at Meiji University, Japan.

In a recent development, A team at the Carnegie Mellon University, a private institution in Pittsburgh, US, have made it possible for users to feel the virtual world in and on their mouth, without making physical contact. What the user can feel are tactile sensations such as drinking from a water fountain, wind on the face.5 Project Nourished, a VR food start-up, has been experimenting with technology to trick taste buds and promote sustainability.6

Metaverse is here to stay and become an integral part of who we are. Multi-sensory metaverse, in its complete form, will not only make it real and immersive but will also open up new industry verticals hitherto unknown as of today. A paradigm shift is also possible in Hospitality, Travel & Tourism and Entertainment industries with such technologies.

There is huge potential to be at the forefront of research and commercialization of such technologies in India – Tasty food for thought for investors and research institutes across the country!

What is metaverse experience?

What are the possibilities in metaverse?

Will the metaverse change our lives?