The proof of work: is a mechanism by which the different machines (represented by miners) on a blockchain network validate transactions on that network, through a consensus algorithm in this case the proof of work consensus algorithm. Proof of work is done using a set of machines (computers, CPUs, GPUs, Asics etc.) driven by humans called miners. A miner’s role is to secure the network by validating transactions as they appear on the blockchain. 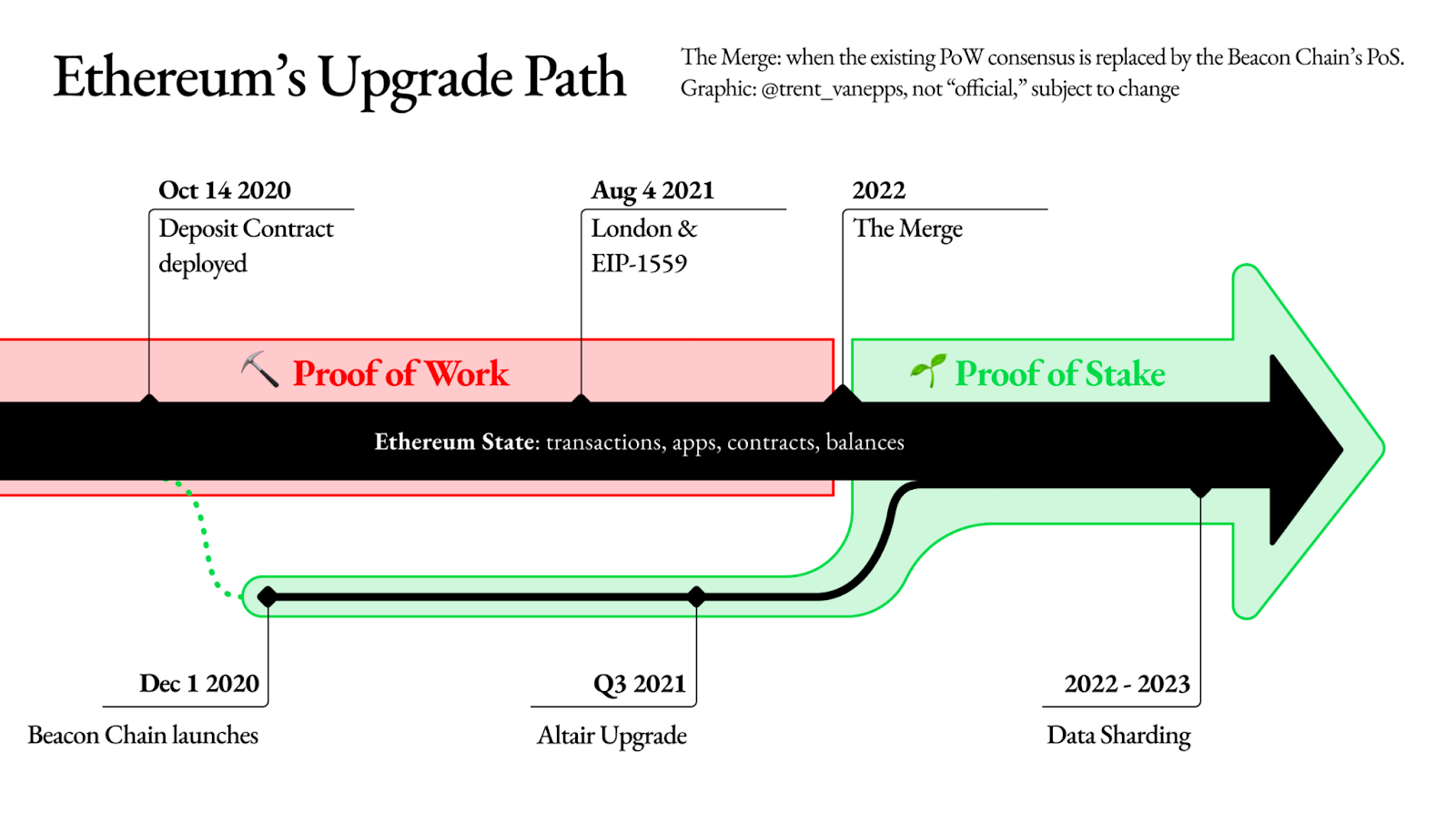 This mechanism makes it difficult or even impossible for a hacker to modify the content of the transaction. The hacker will have to modify the copy of that transaction at the same time on more that 50% of the miner’s machine that constitutes the whole network.

Generally, several entities or people join forces and create what are called mining pools in order to have an important computing power in order to validate a large number of transactions faster. The proof of work remains one of the most secure computer systems in the world. although it has certain limitations such as high energy consumption, low transaction speed, and high transaction costs to name a few.

It is important to recall that the Blockchain Ethereum has also been operating under proof of work since its creation in 2015 and wanted to change the consensus mechanism for ecological and scalability reasons. Several alternatives have been proposed to overcome this problem, but one of the most important ones remains the Proof of Stake consensus algorithm.

Proof of stake: validates transactions on the network using money staked in wallets. Here to validate transactions on the network, unlike having a machine (GPUs, ASICs) whose computing capacity must be huge, validators must store a require amount of crypto (money) in their wallet defined by the developers of the blockchain in question, so they can participate in securing the network by validating transactions. The higher the amount, the more likely the validator is to validate a transaction, and in return earn some reward (money in the form of crypto).

In order to prepare for the transition from proof of work to proof of stake, the developers of the Ethereum blockchain set up in December 2020 a network called Beacon Chain (Consensus Layer) which is a separate blockchain from the Ethereum mainnet, running in parallel but never having processed any transaction on the main network. The Beacon chain uses the proof of stake consensus algorithm.

One of the objectives of MERGE is to reduce the significant energy consumption generated by proof work consensus algorithm. It is important to remember that The Merge is only the first step for a total migration from proof of work to proof of stake for the Ethereum Blockchain. There are several others steps such as:

Ø The Surge: whose objective will be to increase the number of transactions per second commonly called scalability so that the Ethereum network can reach the up to hundred thousand transactions per second. To carry out this step, the developers will use a network partitioning technique called sharding, which consists of dividing the network into several parts called shards, so that the transaction processing calculation will be shared among the network, therefore more digestible and faster.

Ø The verge: which will make it possible to set up the Verkle tree (an improvement of the Merkle tree) which will allow network participants to be validators without having to store a large amount of data on their machines (computers).

Ø The Purge: which will be a continuation and improvement of the previous step “the Verge”

Ø The Splurge: which will constitute a series of updates to the Protocol.

What we must remember from this important step (The Merge), the transaction costs will not be reduced, the transaction speed will not change either, since all these improvements will be integrated into the future steps listed above. On the other hand, what will change, will be the reduction in Energy consumption of nearly 99%, the issuance of tokens which will be reduced by 90% (the quantity of tokens in circulation will reduce), and the reward system as well.

I am a freelance Blockchain consultant, reach out to me and I would love to help you more on this future technology.

What does the Ethereum MERGE mean?

What happens if the MERGE fails?

What is the Merge, Ethereum

One reply on “UNDERSTANDING THE MERGE”

Awesome article Thanks for sharing