In the prevailing scenario, Technology has perpetually converted the way people across industries do their work.

From the past two decades digital evolution has improved working conditions immensely. It has augmented productivity and made working from anywhere accessible.

I am going to shed light to some of the upsides and downsides I have witnessed with the emerging technology trends.

Thanks to the virtual communication tools, it allows us to work more closely even as we work remotely. Team collaborations have been simplified. People don’t have to be present physically at the same place.

Video conferencing, meeting remotely and working on the same stuff at once with cloud based file sharing has made our life easier.

No longer need to stay at the Workplace:

Major impact of digital evolution in the workplace is the workplace itself. Majority of workplaces still ask you to work on-site, there are plenty of positions open to work remotely all over the country.

Advancements in global job hunts have given wings to our fulfillments and outlived the restrictions to our capabilities. We can freelance from anywhere. Organizations can hire potential candidates half a world away. 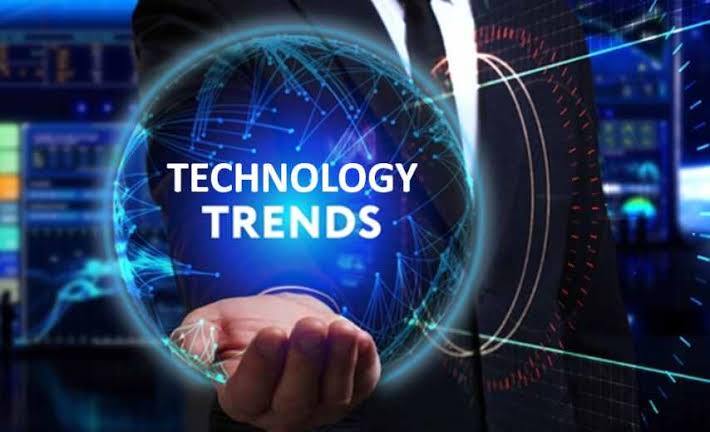 Technology is the real boost. Employees have become systematically structured than ever before. What used to be a cumbersome tiring process is now done in seconds. Messages can be sent instantly to colleagues and clients across the world. Payments, billings and proposals can be taken care off immediately.

Some of the downsides include anxiety due to increased working hours. If you work from home it may feel like you are never out of the office. Flashing, pinging constantly draw Employees back to their jobs.

In a nutshell, technology in the office environment has encouraged productive habits. Organizations with advanced approaches may consider the gains in efficiency from technology as a reason to slow down as opposed to rushing the process.

I hope employees one day will get notified to take a break instead of handling more work related demands.

What role does technology play in today’s workforce?

What are the 10 advantages of technology?

What are the effects of technology on employees?

Impact of technology on organizations

Beneficial and ill effects of technology in work

Negative impact of technology in the workplace

Decentralized technology is the present and the early we start investing our time, energy and resources trying to understand what future DApp looks like the better for us.

Blockchain, AI, AR and IOT are amazing technologies we should be wrapping our brain around in this 21st century.

In this article, I lay out how the web has evolved, where it’s going next, and how Africa as a continent can position itself for the future.

Think about how the internet affects your life on a daily basis since it was discovered in early 1990. Internet, a system architecture that has revolutionized communications and methods of commerce by allowing various computer networks around the world to interconnect. Sometimes referred to as a network of networks, the Internet emerged in the United States in the 1970s but did not become visible to the general public until the early 1990s.

By 2020, approximately 4.5 billion people, or more than half of the world’s population, were estimated to have access to the Internet.

The Evolution of the Web

Web 1.0  are static web sites and personal sites, the term used for the earliest version of the Internet as it emerged from its origins with Defense Advanced Research Projects Agency (DARPA) and became, for the first time, a global network representing the future of digital communications. Web 1.0  offered little information and was accessible to users across the world; these pages had little or no functionality, flexibility, or user-generated content.

Web 2.0 is called the “read/write” web, which seems to indicate an updated version of the current World Wide Web, which is known as Web 1.0. It’s more accurate to think of Web 2.0 as a shift in thinking and focus on web design. Instead of static HTML pages with little or no interaction between users, Web 2.0 represents a shift to interactive functionality and compatibility through some of the following features: User-generated content, Transparency in data and integrations.

Web 3.0 is the next stage of the web evolution that would make the internet more intelligent or process information with near-human-like intelligence through the power of AI systems that could run smart programs to assist users.

Tim Berners-Lee had said that the Semantic Web is meant to “automatically” interface with systems, people and home devices. As such, content creation and decision-making processes will involve both humans and machines. This would enable the intelligent creation and distribution of highly-tailored content straight to every internet consumer. 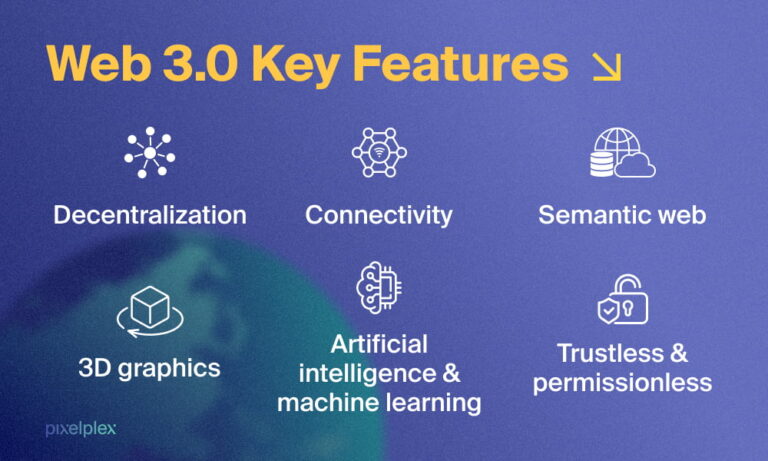 To really understand the next stage of the internet, we need to take a look at the four key features of Web 3.0:

Semantic(s) is the study of the relationship between words. Therefore, the Semantic Web, according to Berners-Lee, enables computers to analyze loads of data from the Web, which includes content, transactions and links between persons.

Web 3.0 machines can read and decipher the meaning and emotions conveyed by a set of data, it brings forth intelligent machines. Although Web 2.0 presents similar capabilities, it is still predominantly human-based, which opens up room for corrupt behaviors such as biased product reviews, rigged ratings, etc.

For instance, online review platforms like Trustpilot provide a way for consumers to review any product or service. Unfortunately, a company can simply gather a large group of people and pay them to create positive reviews for its undeserving products. Therefore, the internet needs AI to learn how to distinguish the genuine from the fake in order to provide reliable data.

Across the world, the new Web3 economy is giving birth to myriad opportunities and the implications for the African continent are massive. Code 247 Foundation is on a mission to raised the next generation of Africa talent who will leverage the latest blockchain technologies to provide real value to billions of unbanked, underbanked and underserved individuals across Africa and other emerging markets, and we’re excited to see various blockchain protocols, startups, investors, grant funders and governments interested in doing the same.

Web3 can open up an intra-African exchange economy, it can be used for purchases and transportation between African nations. It will assist Africans to generate more economic value in a wider market.

In Africa, the evolution of blockchain technology has interested many governments across the Africa countries  to explore blockchain-based solutions, creating Central Bank Digital Currencies (CBDCs) that are likely to develop a more informed approach to the Web3 economy along with policy frameworks in line with the needs of everyday users.

Web 3 can be used to solve some of the challenges in Africa, issues of land ownership:

It is no secret the messy land management in most African countries has made it harder for citizens to acquire genuine land. This has meant that most communities are left poor due to lack of access to manage and develop their lands. Other challenges include faulk drugs, financial transactions and management of traffic etc.

We believe in Africa 100%. Africa can be great, will be great and must be great. Blockchain and Web3 technologies will be revolutionary in Africa. There are a lot of problems with currency and corruption in Africa.

What Is Web 3.0 the evolution of the internet?